Dotting the Miami shore and all along South Beach in vivid contrast to the sparkling blue ocean, stands an array of brightly colored lifeguard towers, each with a very unique art deco design and its own piece of history.

The popular structures besides providing support to the Miami Beach Patrol Lifeguard staff, have become a cherished symbol of Miami and are part of the movement that came to represent the rebirth of the city.

The towers started popping up shortly after Hurrican Andrew hit in the early 1990s. The first towers were designed and built by Architect William Lane, whose donation quickly became a hallmark of Miami associated with its revival after the devastation.

Many more followed, some as a result of design competitions, and some commissioned by local entrepreneurs. The Jetty at South Pointe 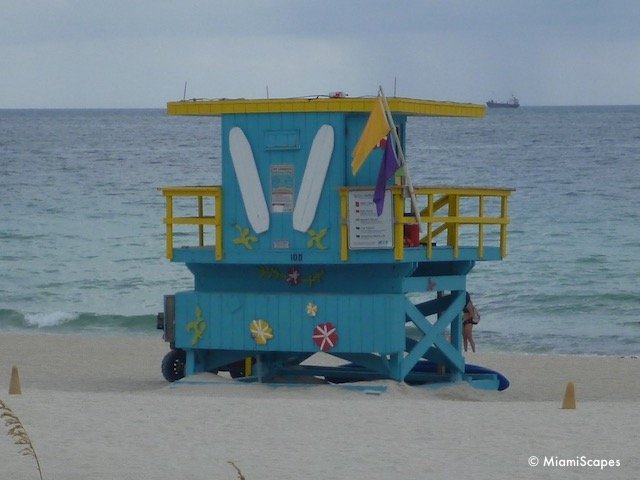 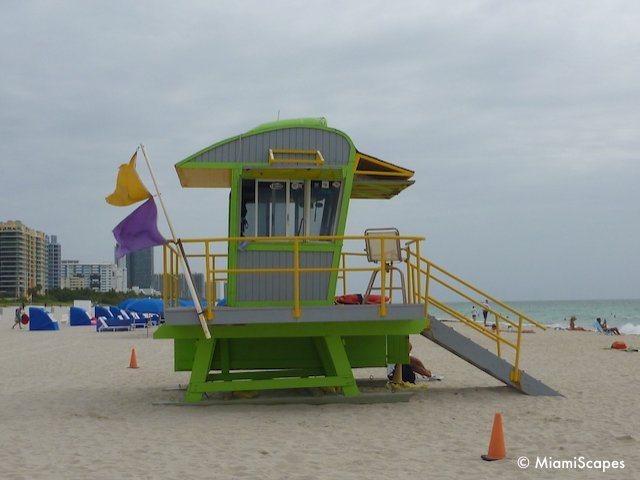 There are now 36 Lifeguard Towers just along the coastline of Miami Beach from the very tip at South Pointe Park up to 87th Street.

Harsh sun, hurricanes and passage of time have taken its toll on the wooden structures and there are some visible signs of wear and tear on many of them... So it's quite an undertaking to keep all lifeguard towers looking their best. They are constantly being refurbished and replaced, specially for the Miami Beach Centennial celebration in 2015 we saw many of them getting a face-lift. In addition, the city has tapped William Lane once more to revitalize the towers, 6 new models have been designed and you can see them already throughout our beaches. The six designs are being replicated in different color schemes, bright pinks, oranges, blues, greens, purples... 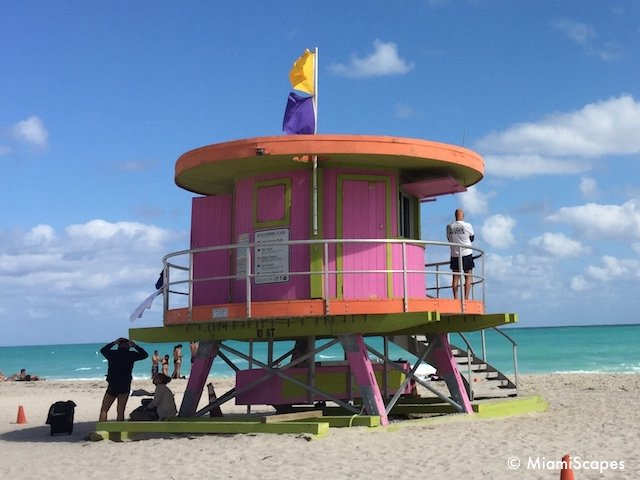 Lifeguard Tower on 10th Street, you can see this design also on 69th Street 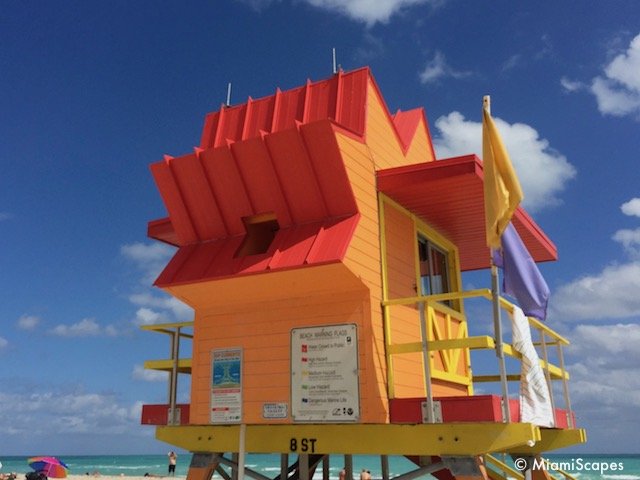 Lifeguard Tower on 8th Street, you can see this design also on 24th Street 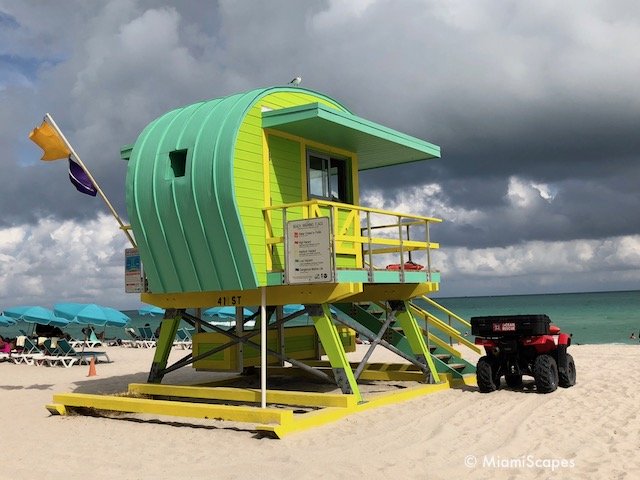 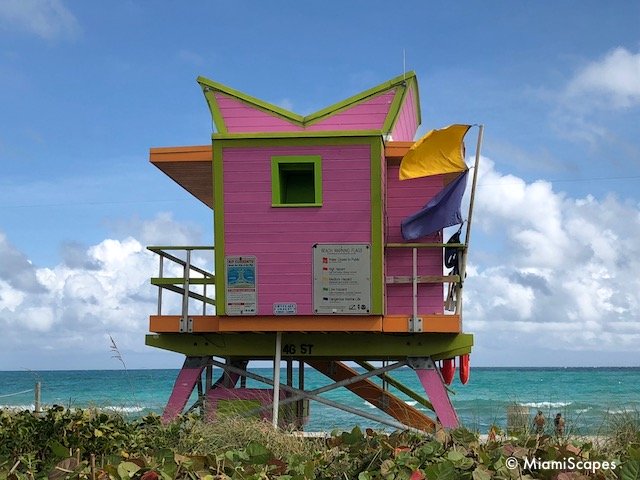 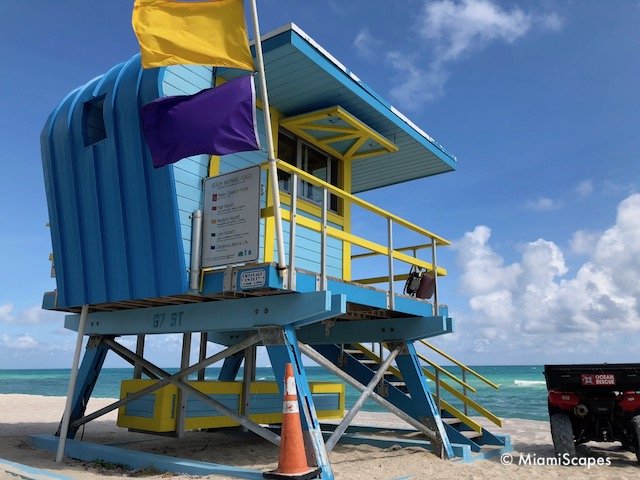 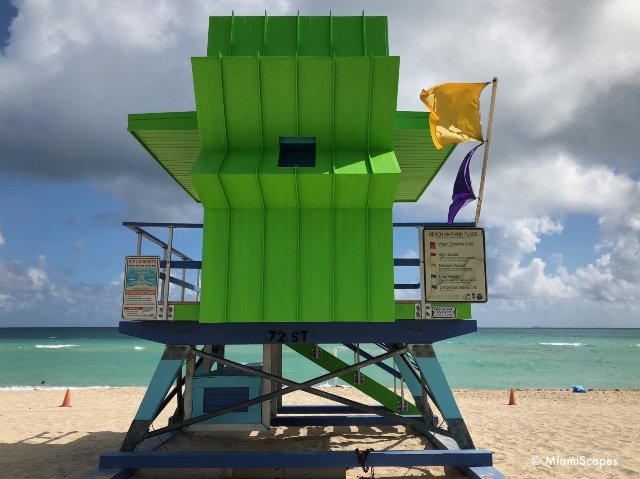 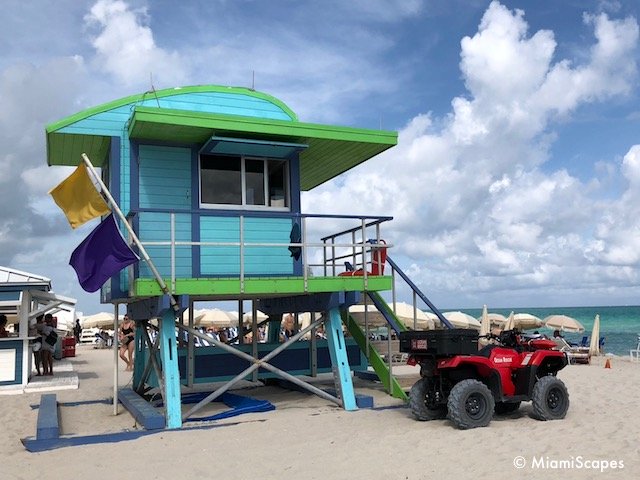